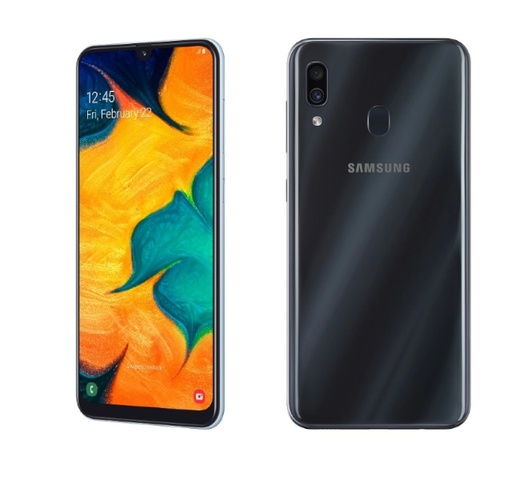 This product does not have any reviews yet.

Prepare to impress and be impressed by the 3D prism design of Samsung Galaxy A30. To be honest, despite being of a plastic body build, this smartphone does have some good looks going for it. The back is glossy giving an illusion of a back panel until to come really close to it hold it in your hand where again it feels comfortable in. What is that they say about impression, it is everything. This designed has been completed by a beautiful Infinity-U display on it 6.4-inch panel on the front. The back panel which features the color you rock it in has a dual camera setup on the top right corner, an LED flash below it, a rear mounted fingerprint scanner and Samsung branding below it. The RHS has volume rocker and power button which are made out of plastic.

You will also be impressed by its 6.4 inches Super AMOLED capacitive touchscreen that has commands a space 100.5 cm2 with 84.9% screen-to-body ratio. The display resolution of 1080 x 2340 pixels, 19.5:9 ratio (~403 ppi density) on the Samsung Galaxy A30 will bring out color brilliance and reproduction superbly. And as if this isn’t enough, Corning Gorilla Glass 3 has protection on this display ensures it will last longer by resisting scratched and some drops. No smartphone likes to be tested though so you should still be extra careful with your display.

Samsung Galaxy A30’s 16MP low light camera and its 5MP ultra-wide camera serve as its primary camera. The two are located on the back and are for beautifully capturing moments that are right in front of you. I love that various features have been included for camera software to help enhance and edit your photos just so you get the very best out of them. There is Scene Optimizer for example, Live Focus and a selfie camera’s special way to express yourself in fun ways using AR Emoji. The selfie camera is a 16MP shooter. Video recording is 1080p and can be done in ultra-wide. It is with the display and cameras that Samsung Galaxy A30 crushes its competitors.

There are two version of Galaxy A30. The first is a 64 GB + 4 GB RAM and the other 32 GB +3 GB RAM. The former will obviously be stronger than the latter in performance since it packs more memory in 4GB of RAM. There is a dedicated slot for microSD card to expand internal storage up to 512 GB.

Previously battery performance was not a priority for on Samsung smartphones. But times have changed now and evidently so we have A30’s Non-removable Li-Po 4000 mAh battery to support. Battery capacity to last up to a whole day and a half of usage. There is fast battery charging 15W whenever you need to juice.

Why you should buy Samsung Galaxy A30

It has a stunning 3D design
It has impressive and fun camera features
Its battery lasts longer hours
Latest software update at time of release
Feel no hesitation. Samsung Galaxy A30 is a solid budget smartphone.
Buy it in black, blue or red 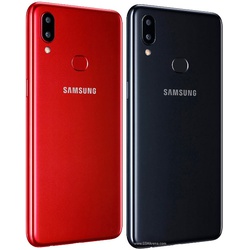